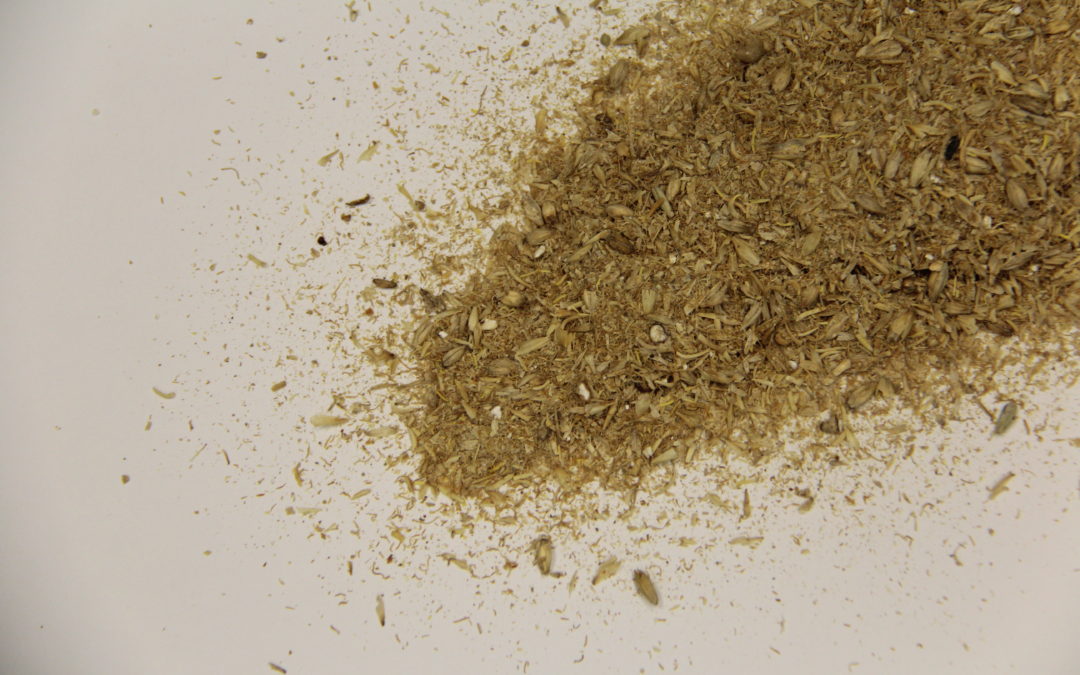 Malt sprouts are obtained from malted barley by the removal of the sprouts, which may include some of the malt hulls, other parts of the malt and foreign material unavoidably present. Malt sprouts consist of dried sprouts and rootlets produced during the malting (germination of sprouting) of barley for brewing. Sprouts should contain at least 24 percent crude protein. Malt sprouts with less than 24 percent crude protein are sometimes referred to as No. 2 malt sprouts. They are a medium protein, medium energy, high fiber feedstuff with about 82 percent of the TDN value of corn. They may be included in the grain mix as needed. Avoid including them as more than 20 percent of the ration due to their lower energy value.

Malt sprouts are an inexpensive source of protein, which also supplies adequate fiber for normal rumen function and fat test. Sprouts are about as bulky as dried brewers grains and supply slightly less total digestible nutrients. They are somewhat bitter and thus should be mixed with other feedstuffs for palatability. It is recommended not to exceed a level of 15% malt sprouts in a concentrate mixture for dairy cows for other stock.

Malt sprouts are available in bulk and may be delivered in a hopper, dump or live bottom trailers. A trailer load is approximately 16 to 20 tons Malt sprouts can be handled with augers, belts, or other feeding systems.