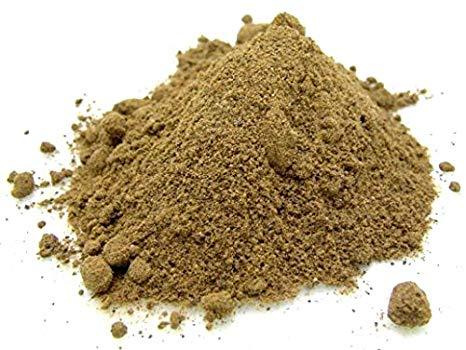 Menhaden is the major source of fish meal produced in the U.S. The fish are taken in Atlantic coastal waters from Maine to Florida and in the Gulf of Mexico. Menhaden are not used for human food but for oil used in paints, soaps, and lubricants and as an ingredient in margarine in Europe. The fish are ground, cooked and processed to yield three products: presscake, fish solubles and oil. The final fish meal product may be simple presscake meal, full meal (all the soluable are added back into the presscake), or some combination of presscake and soluable.  Fish meal used for animal feed should be stabilized with an antioxidant such as ethoxquin to prevent the fish oil from becoming rancid.  The protein in fish meal has a high rumen bypass value. The bypass protein itself is high in quality because it is rich in the essential amino acids lysine and methionine. For this reason, it makes a good combination with alfalfa or early-cut grass silage, which tend to be higher in rumen degradable protein.

Fish meal should be introduced into the ration gradually to avoid feed refusal. Since the greatest benefit from feeding fish meal comes during the first half of lactation when protein requirements are highest, it is useful to start adapting the cows to it during the latter part of the dry period.  Fish meal can be fed to milking cows at a rate that supplies up to a maximum of 100 grams (3.5 ounces) of fish oil (fat) per cow per day. Higher levels of fish oil tend to lower fat test. The fat content of fish meal varies among suppliers. Therefore, it is important to know the fat content of the fish meal being used. A practical guideline is to feed it at a rate of up to 1 ½ pounds (0.7 kg) per cow per day.