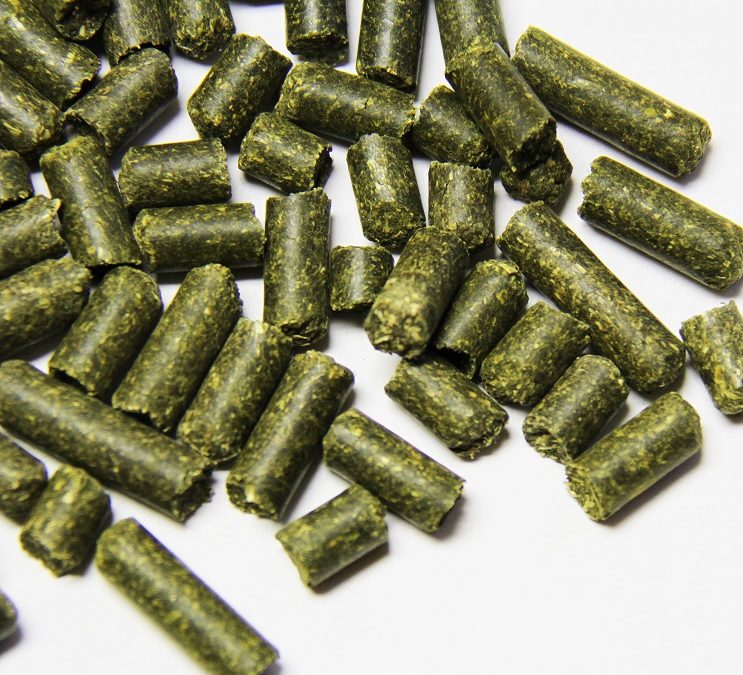 Alfalfa dehy is produced from standing alfalfa, which is mowed and chopped in the field, delivered to the dehydrating plant still containing a minimum of 60 percent moisture, artificially dried, ground and pelleted. Dehy can replace a portion of both the grain and the forage in rations for milking cows. It can replace up to 50 percent of the conventional forage dry matter in the ration, but at this level the ration should contain no more than 50 percent grain, on a dry matter basis. Research at the University of Nebraska has shown that the protein in dehy tends to be degraded in the rumen to a lesser extent than the protein in alfalfa hay, alfalfa silage or soybean meal. This is the basis of dehy’s reputation as a source of “by-pass” protein.